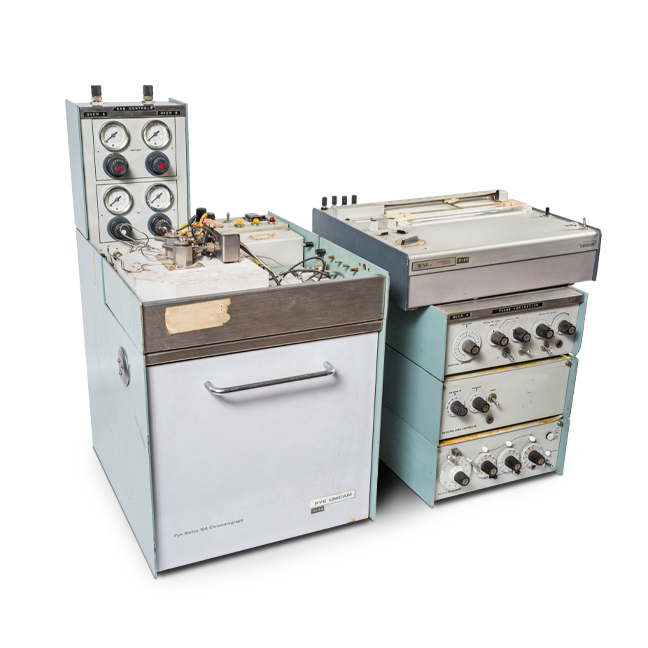 Chromatography is the science of separation and it allows both qualitative and quantitative analysis of biological and chemical mixtures.

The method consists of, first, introducing the test samples into a stream of an inert gas, commonly helium, argon, or nitrogen that acts as carrier. Liquid samples are vaporized before injection into the carrier stream. The gas stream is passed through the packed column which is fitted into an oven, through which the components of the sample move at velocities that are influenced by the degree of interaction of each constituent with the stationary non-volatile phase. The substances having the greater interaction with the stationary phase are retarded to a greater extent and consequently separate from those with smaller interaction. As each component leaves the column with the carrier, it passes through a detector which produces the graph.

In GC the stationary phase is typically packed into a long glass tube and fitted into an oven. The tube is called the column, even though it is usually wound into a coil so that it fits into an oven whose temperature, up to 400°c, is very accurately controlled.

The time taken for a component to travel through the column is called its retention time and each component is represented by a peak as it emerges from the column.

The area under a peak is a measure of the amount of component present in the sample. It must be noted though that components with similar retention times would elute with overlapping peaks.

This GC is of a modular design with an οven to which detectors and accessories were added to form an individual high-performance chromatograph tailored to the analytical needs of the pharmaceutical industry.

Quantifying the results from this GC was done using the Servoscribe 1S chart plotter which traced out the change in the signal from the detectors. Finally, a trace could be kept as a record. 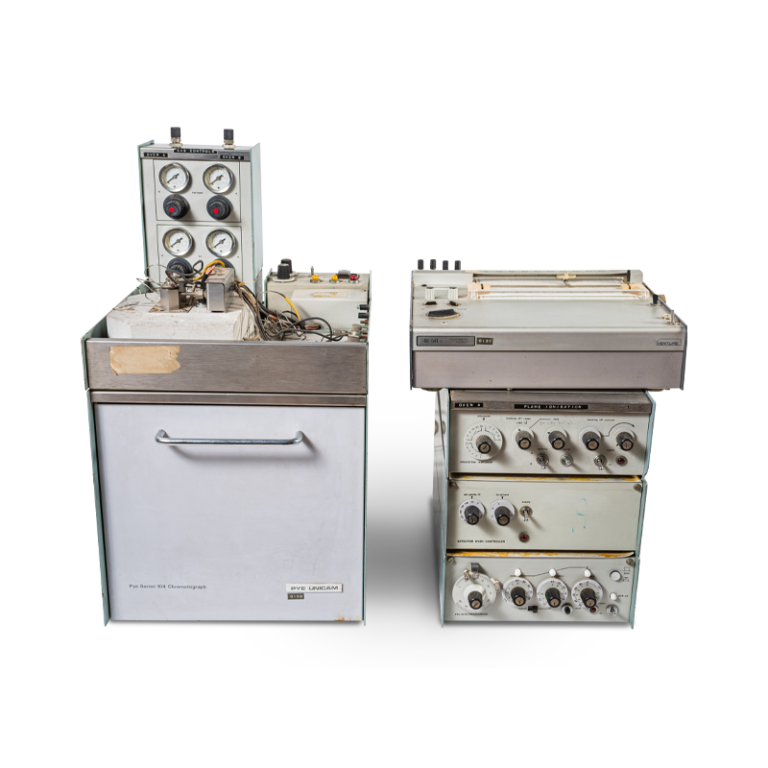 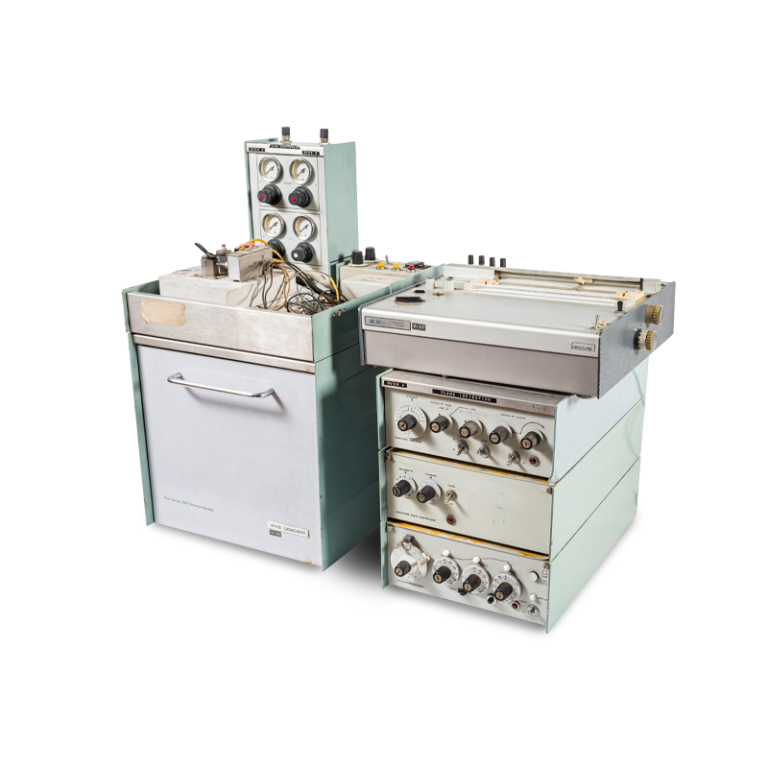 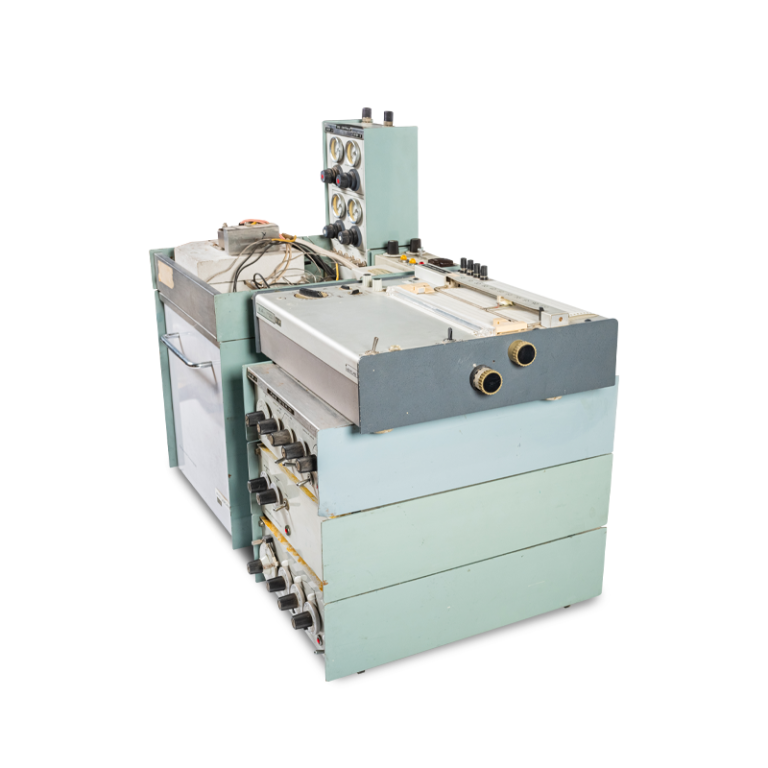