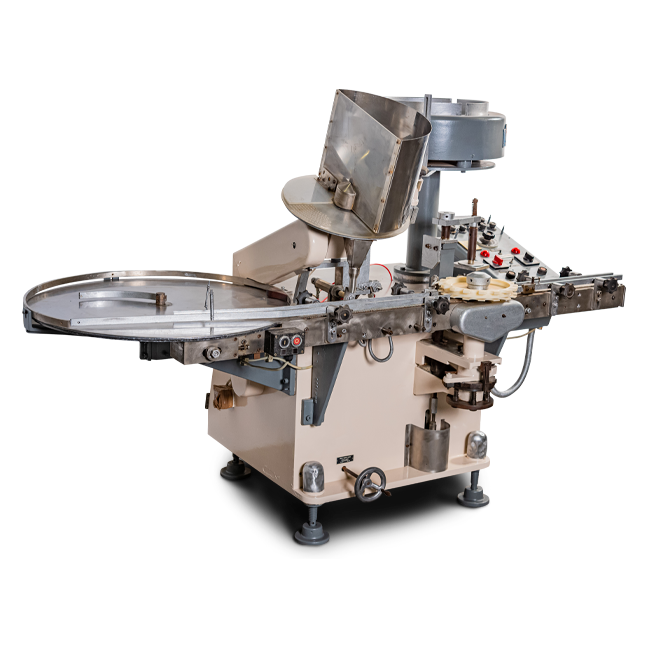 This is a simple, fast and efficient machine for the packaging of tablets in plastic bottles which is called “hospital packing” since hospitals prefer to buy larger packs to be administered to in-patients since they are cheaper.

The tablets / capsules would be fed into the semi-circular hopper occupying half of the circular plaque and the empty plastic bottles placed onto the conveyor turn-table which fed them one-by-one to the conveyor. One side of the hopper is made of transparent material so that the operator would know when to re-fill it with tablets / capsules.

A piston at the rear of the conveyor would automatically be activated and stop one-by-one the containers under the mouth of the exit chute.

Underneath the hopper, a mould would be placed with the required number of cavities as per the number of tablets / capsules to be filled into each container and having the shape and size of the tablets to be packed. As the mould rotated, the cavities would be filled with tablets and any excess tablets would be scraped off by the sides of the hopper.

Next, the rotating mould would pass over the exit chute and the tablets would fall into the container as this quarter of the plaque does not have a bottom. The piston would then retract thereby releasing the filled container and moving forwards again thereby trapping the next empty one so that the cycle could begin again.

The filled container would then travel down the conveyor where an information leaflet and a cap would be placed by hand. At the far end of the machine, a sprocket would stop the containers one-by-one under a “hammer” that would come down with force and secure the cap in place before being lifted again so that the next container could be positioned by the rotating sprocket.

The container would then leave this machine and travel on another conveyor where a label with the required product information would be applied to the side and finally be placed into a corrugate carton box for transportation. 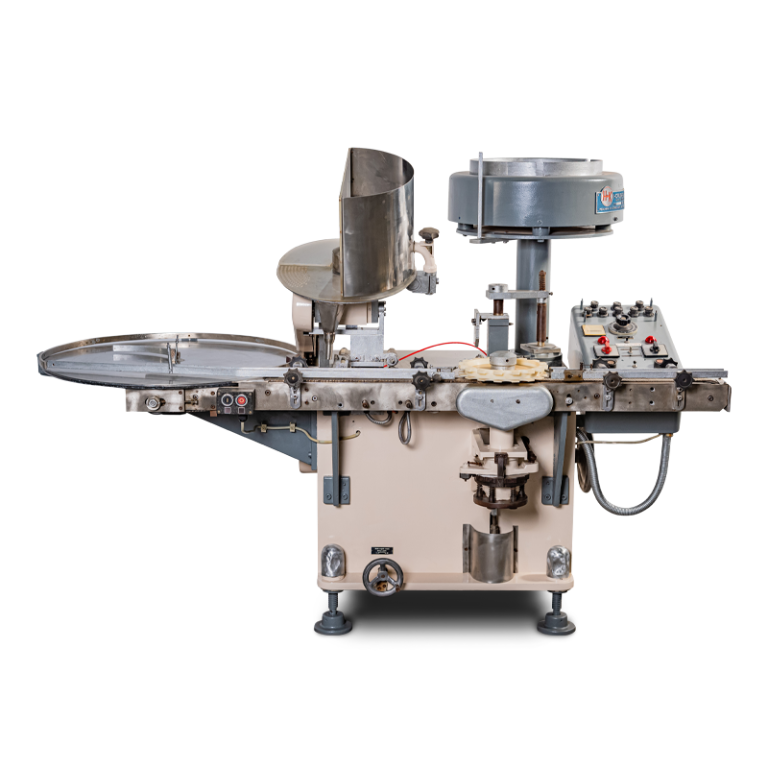 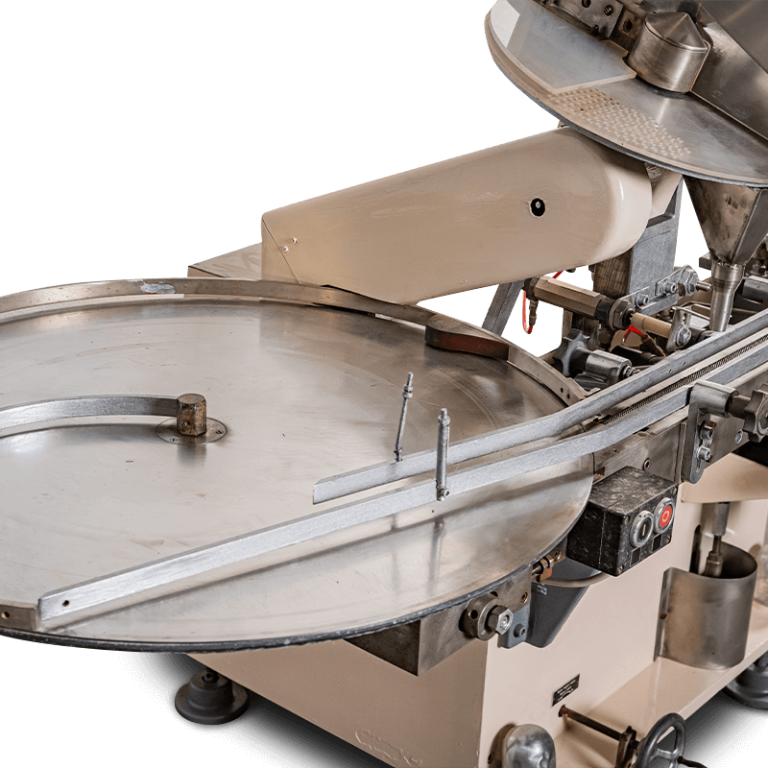 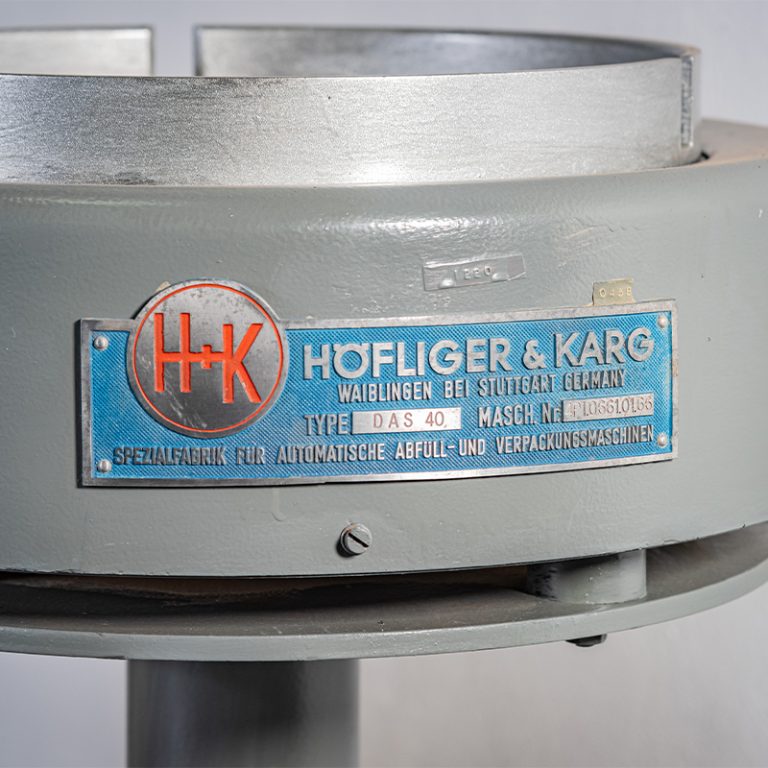 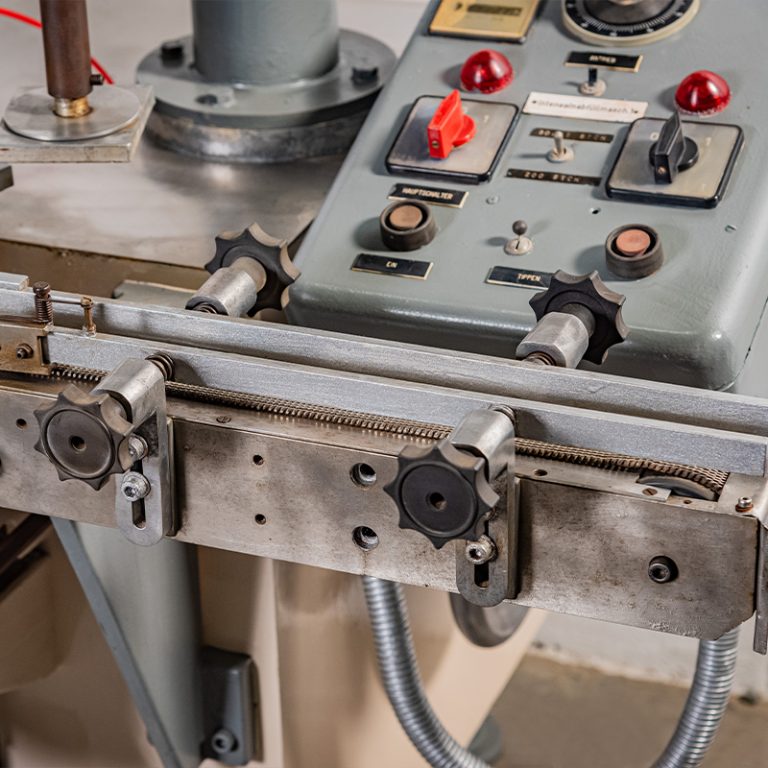 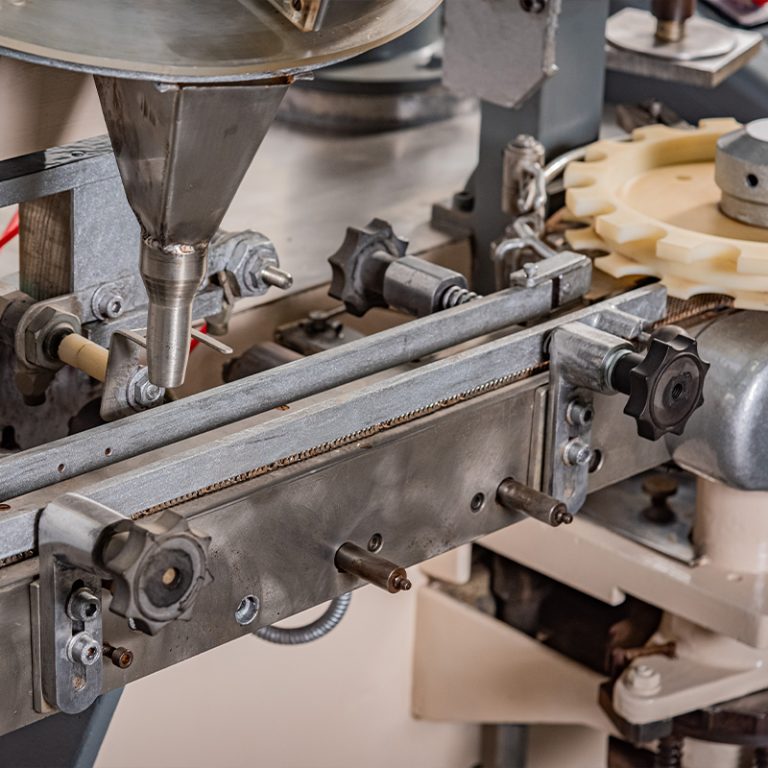 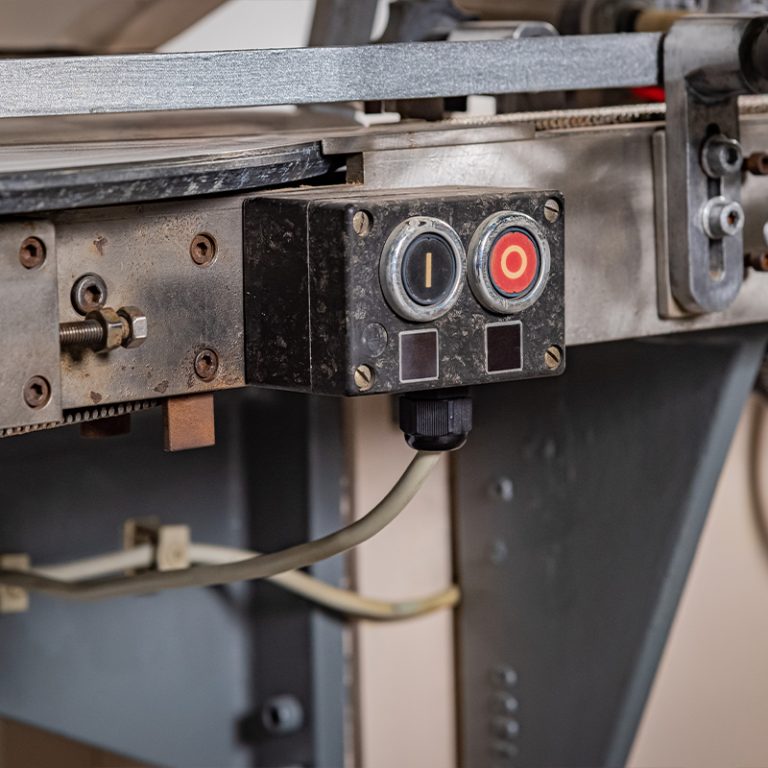 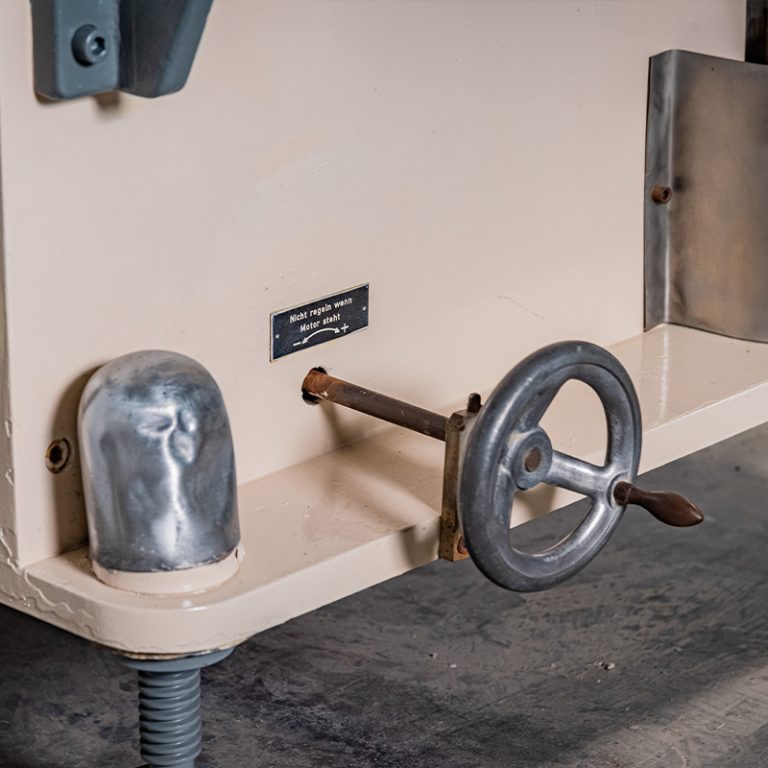 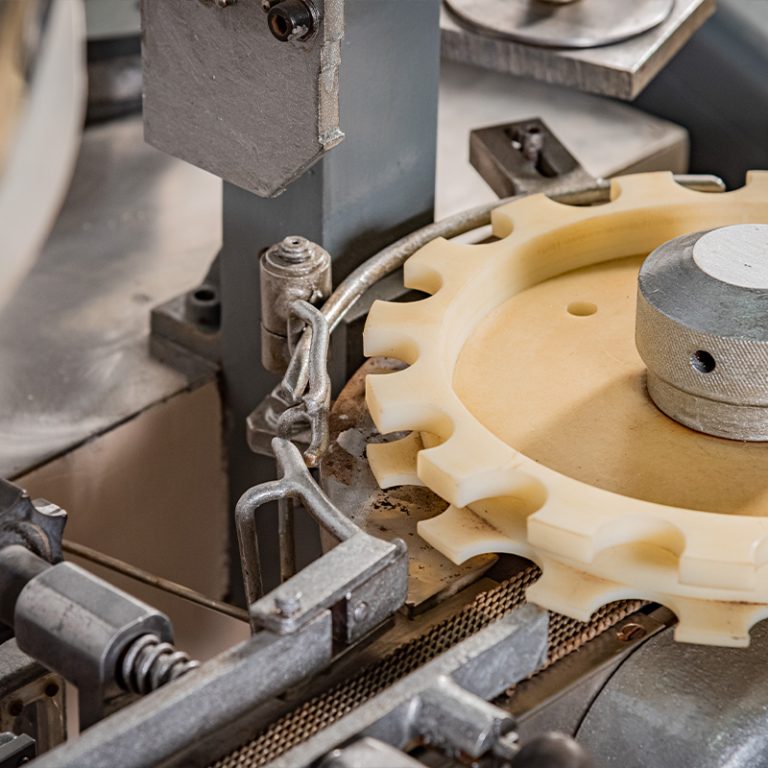 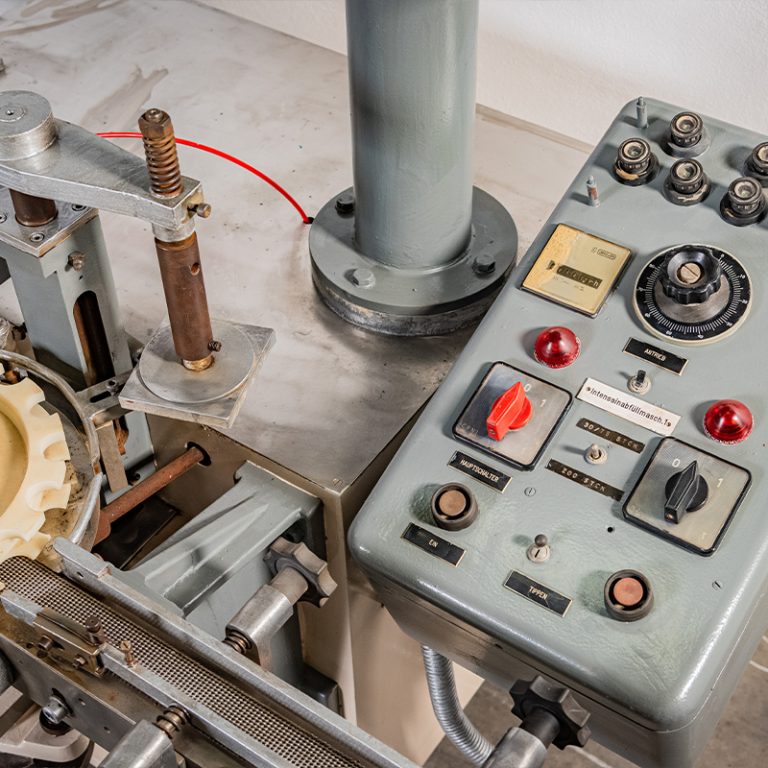 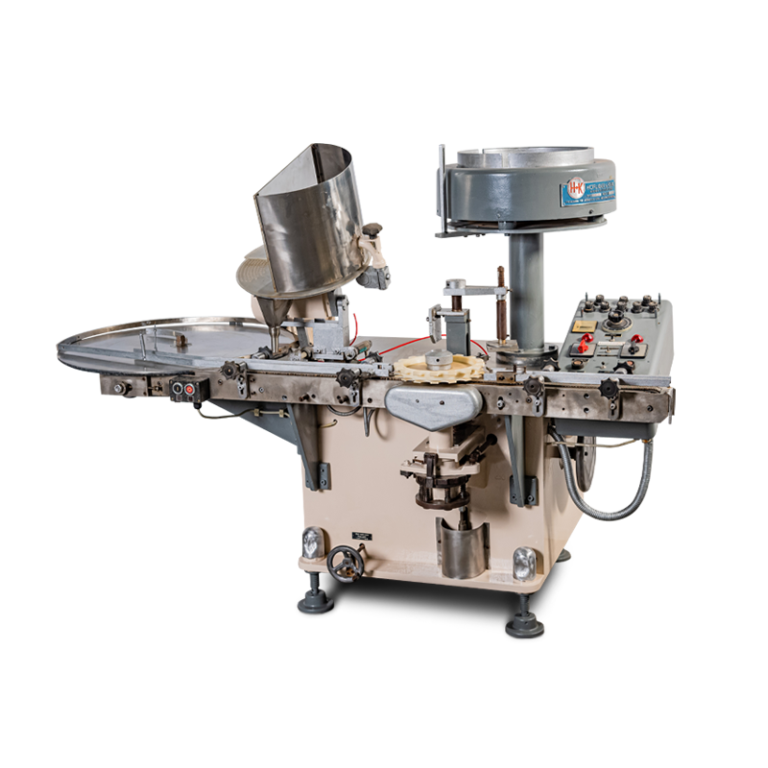