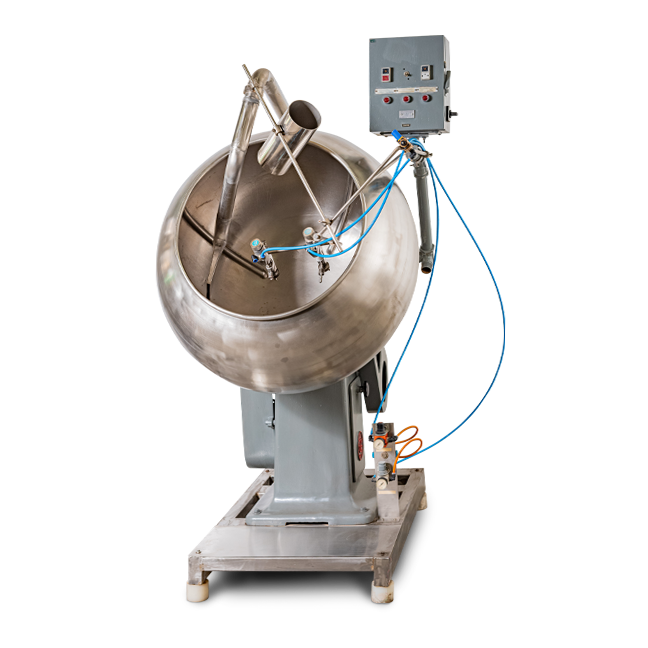 Sugar-coating is a process used in the pharmaceutical industry to give the tablet a thick shiny coating. The technique originally comes from the food industry with Smarties being probably the most famous example. The most suitable tablet shape is round, deep concave without any scoring (divisibility lines).

This is an early type machine consisting of a stainless-steel pan on top of a base that houses an electric motor which turns an axle on which the pan is affixed. The pan has vertical protrusions called “baffles” on the inside so that the tablets bounce off them and rotate thus causing a continuous wave of tablets travelling in a more or less circular motion up and down inside the pan.

From the opening of the pan, an operator would pour a liquid mixture onto the tablet bed, which as it rotates, each tablet gets wetted and evenly coated as they rub together. After each portion of the sugar mixture, talk would be thrown onto the tablet bed which helped the tablets absorb the solution. The mixture would also be dried by means of a fan blowing hot air of the desired temperature in the rotating pan via a stainless steel tube.

This machine was also used for film coating. This was made possible with the addition of a compressed air mechanism that activated the spray gun fitted to the right-hand side of the pan. This sprayed the film coating solution onto the tablets allowing also variation of the spray rate.

As the name suggests, the procedure relies on the application of a coating made of sugar and this is achieved by using what is called Syrup BP (BP from the British Pharmacopoeia which is the first real guide into modern pharmaceutical analysis). Syrup BP is made by heating 1/3 water and dissolving in it 2/3 sucrose until a thick solution is obtained.

Sugar-coating has 5 distinct stages as follows and in each stage the solution to be used varies either slightly or considerably: Sealing of the tablet core, Sub-coating, Smoothing or Grossing, Colour coating/ Colouring and Polishing/ Glossing.

For a more detailed description on sugar coating and film coating, please visit the Museum and see chapter 8.10.2 Sugar Coating and 8.10.3 Film Coating of A Simple Guide to Industrial Pharmacy on the Interactive Screen. 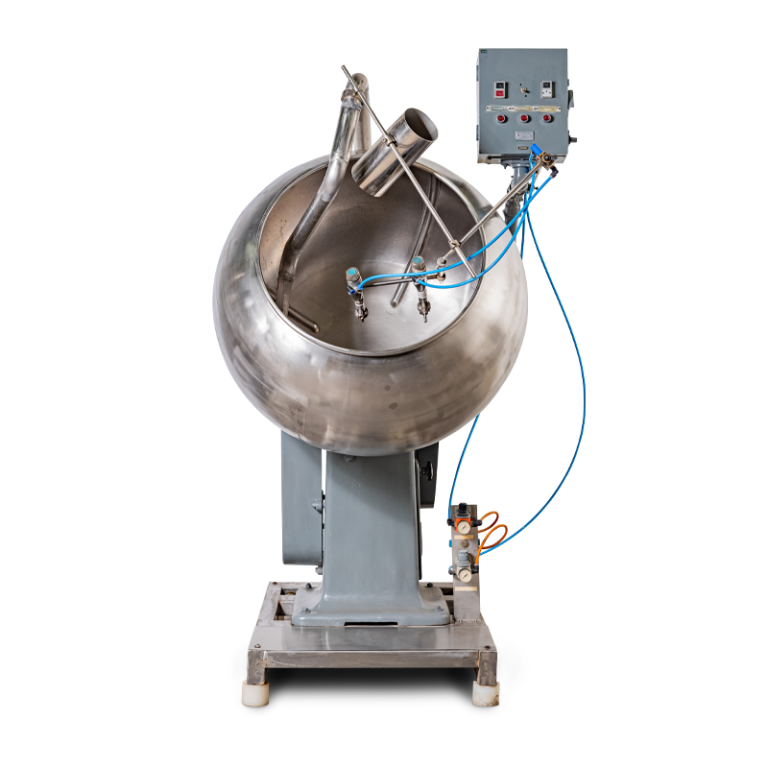 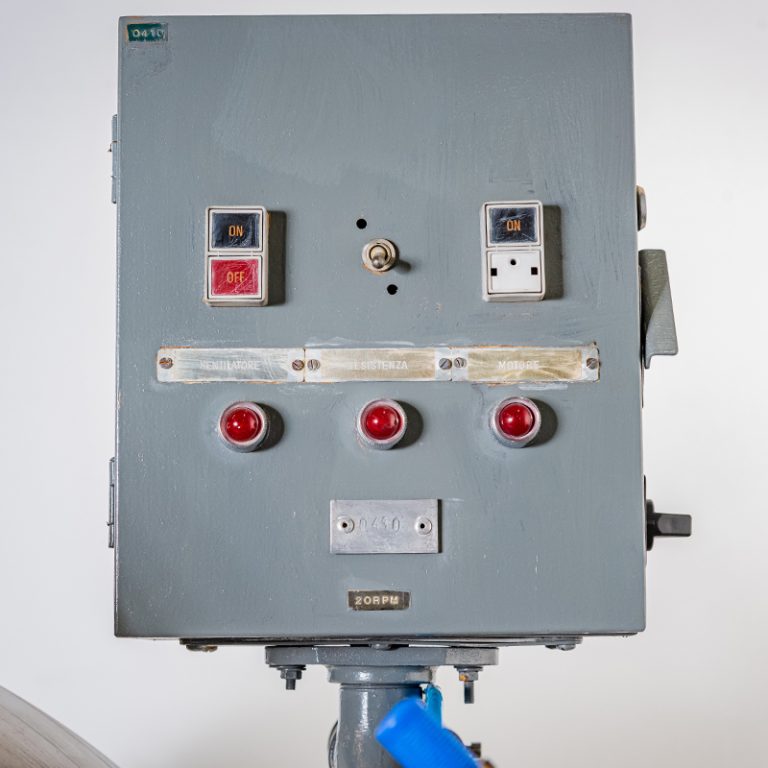 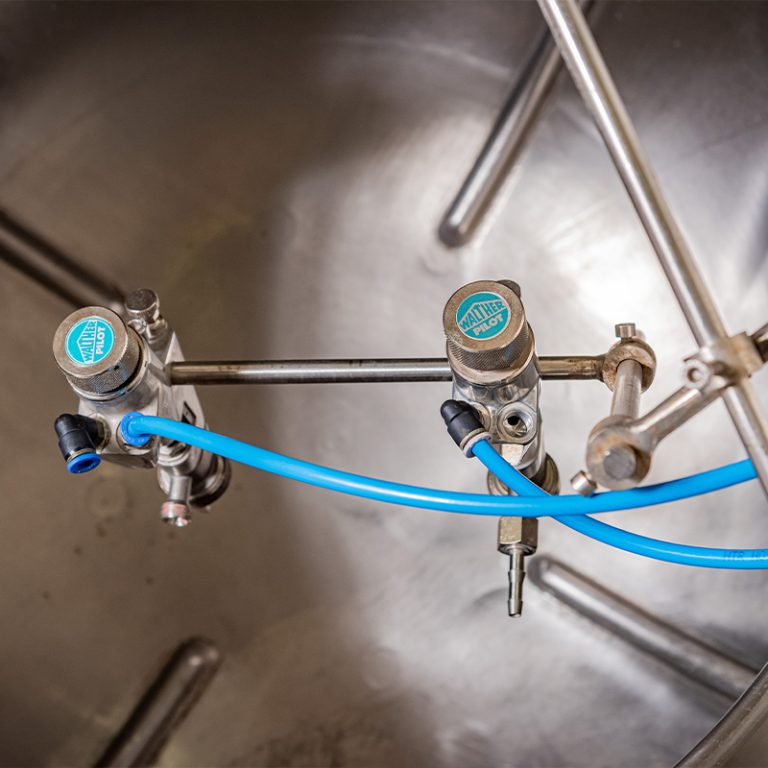 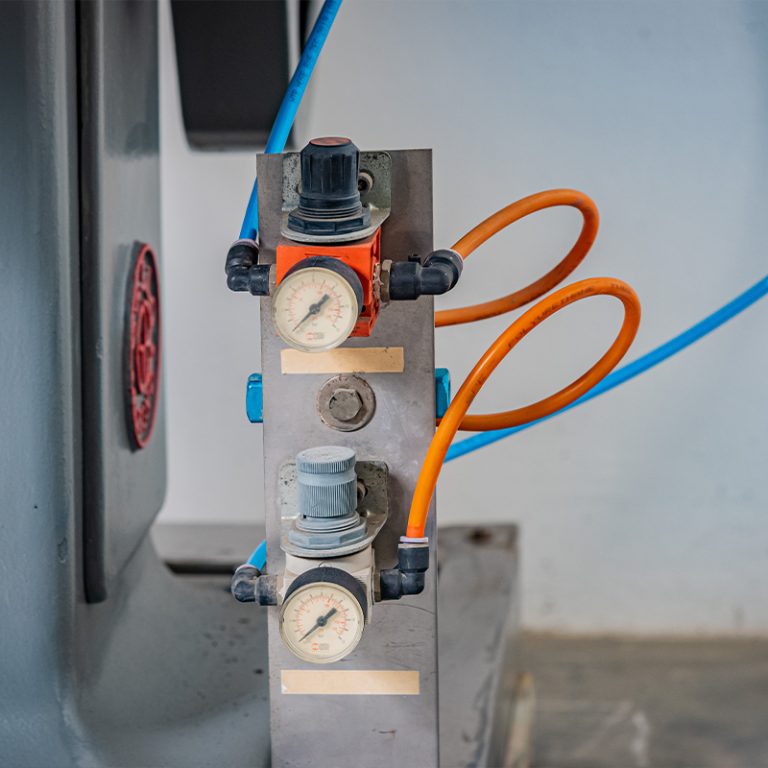 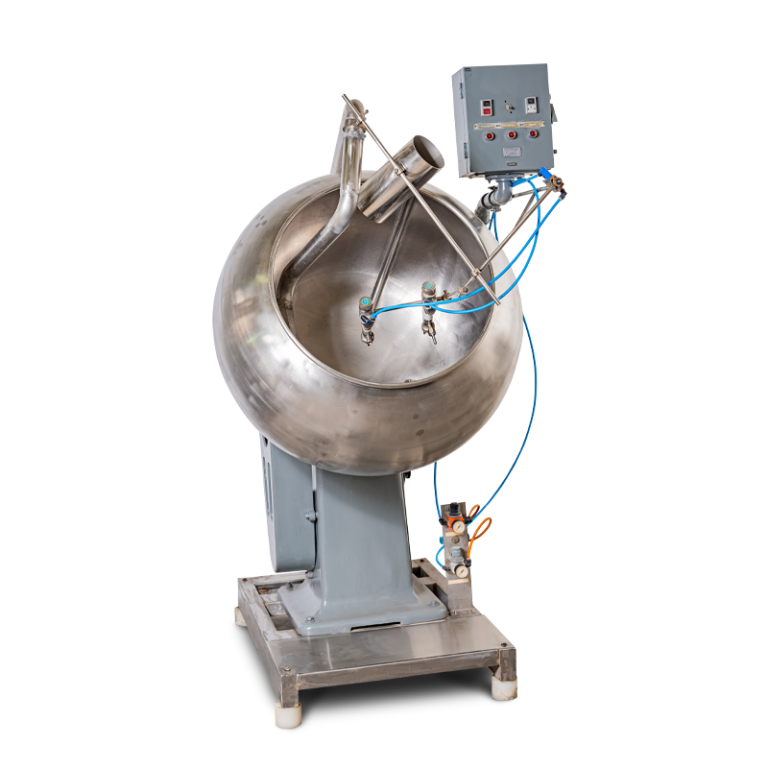