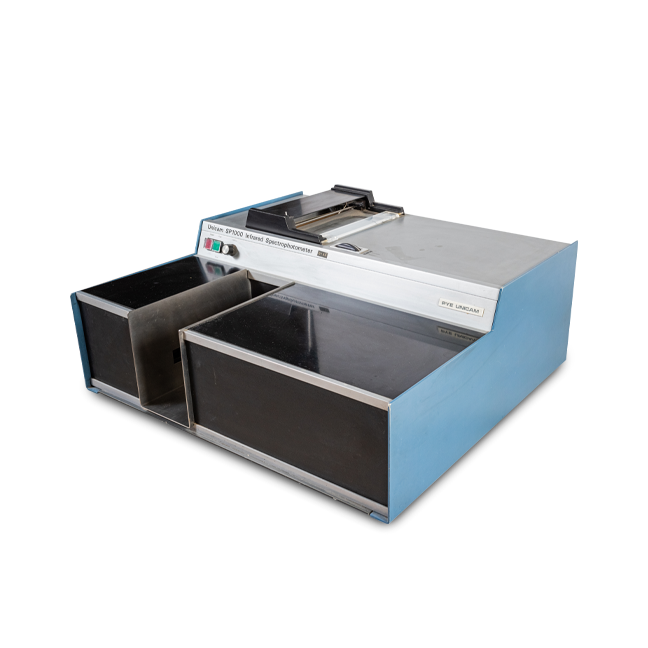 An IR spectrophotometer is a relatively simple device consisting of a lamp or heated rod that will emit light in the IR region.

It analyses a compound by passing infrared radiation, composed of a range of different frequencies, through a sample. A detector then collects all wavelengths of IR radiation that have passed through the sample and converts these to wavenumbers (the inverse of wavelength). Each chemically distinct molecule absorbs its own unique pattern of wavelengths which reflects the number and different types of bonds and the functional groups that the molecule contains. A plot of % transmittance against wavenumber produces a spectrum which enables the compound to be identified.

This instrument is used to identify pharmaceutical active ingredients by manually comparing this IR spectrum to a published standard.

The compound to be identified is first be dissolved in a solvent and then loaded between two large round, convex salt crystals called “salt plates” which are then be positioned in a holder inside the instrument. The solvent normally used is a heavy paraffin oil which is chemically inert and has a relatively simple IR spectrum, with its main peaks at between 2950-2800 cm⁻¹, 1465-1450 cm⁻¹, and 1380–1300 cm⁻¹ and these peaks would be ignored when making the comparison. The salt plates are made of sodium chloride which is transparent to IR radiation and so do not interfere with the result. Because the plates must be made from a single crystal, they are very expensive. In addition, they are very fragile and sensitive to moisture, including the moisture on the hands of the analyst so they have to be handled with care and only the circumference should be touched.

The advances in computers means that nowadays IR spectroscopy for the identification of pharmaceuticals can be done with a portable “hand-gun” and even without opening the plastic bag containing the ingredient, provided it is transparent and its IR spectrum has been programmed into the computer so that it can be “subtracted” from the spectrum of the sample. 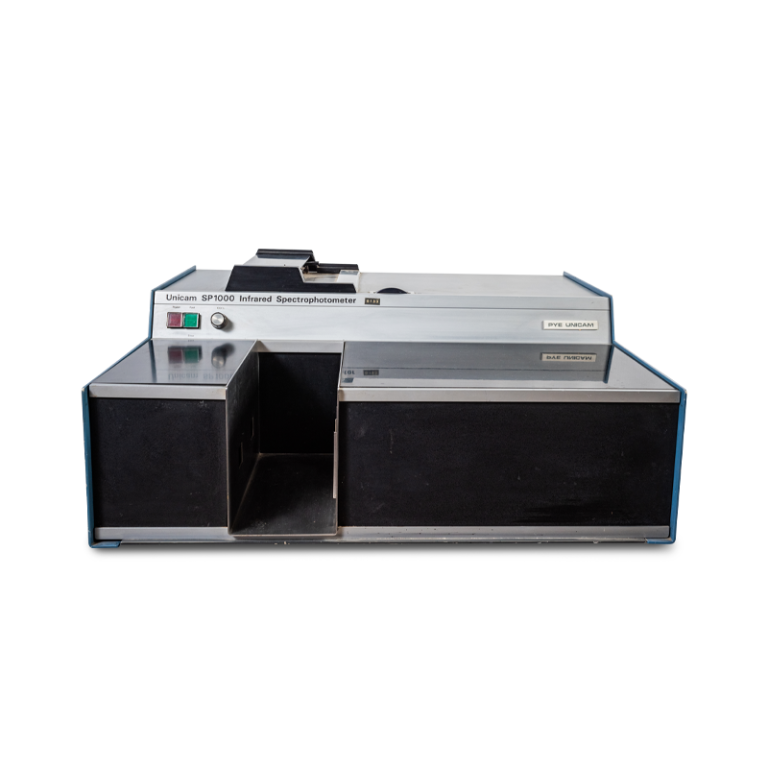 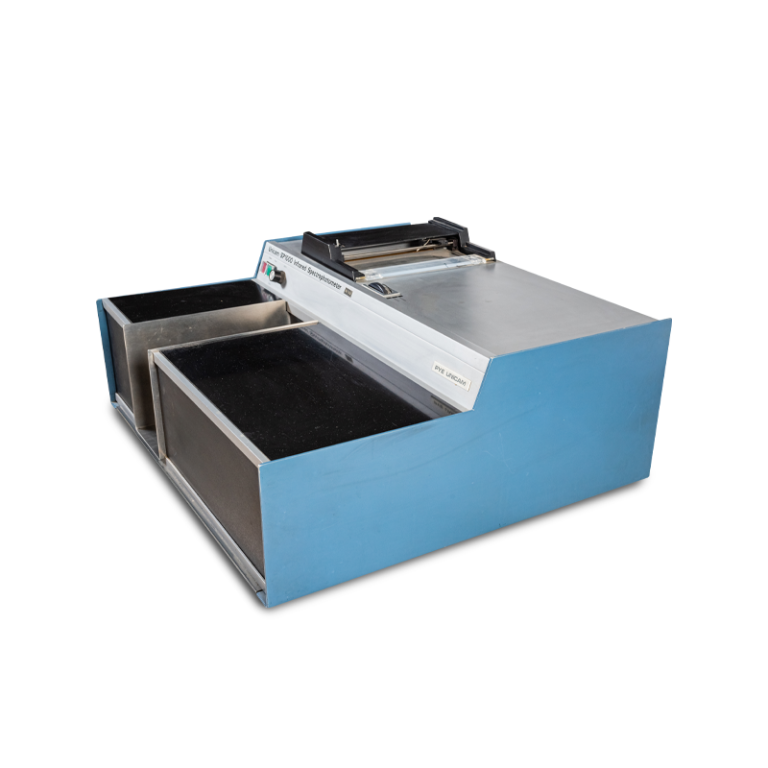 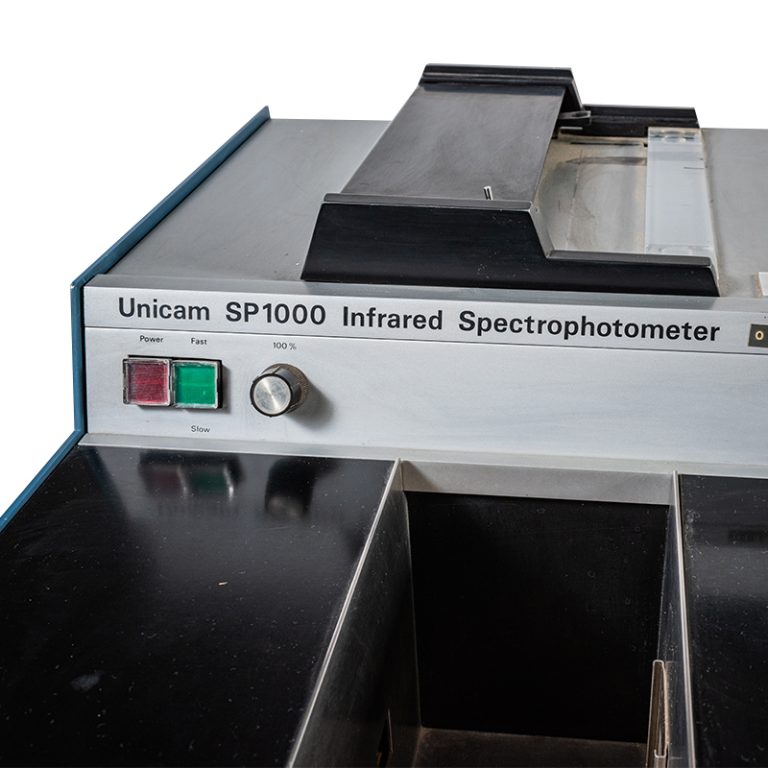 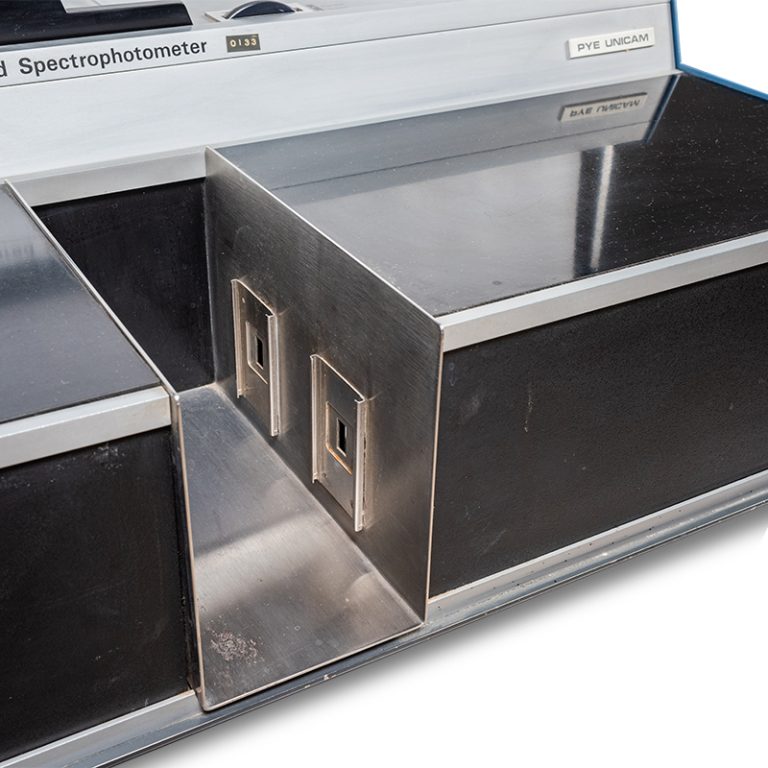